This event has been held already. View our new edition here

Evento in lingua inglese con traduzione simultanea in italiano
The Solarplaza Summit Italy gathers key influential global and local players and offers market insights from inspirational speakers, and extended networking opportunities for business in the Italian PV market.
Italy has set a very ambitious target to reach by 2030. At the 'Solarplaza Summit Italy', we will cover how this can be achieved, as well as the latest industry trends, the expected government support measures and the latest technological innovations.
Join us as we dive into topics such as the repowering of large-scale PV plants; the development of the financing environment at a national level; and the solutions proposed to continue unlocking the potential of the Italian PV market.

Fueled by market research, inspired by local consultation, and tailored for our professional audience, the content-rich event program takes stock of the challenges and opportunities of the Italian PV market. 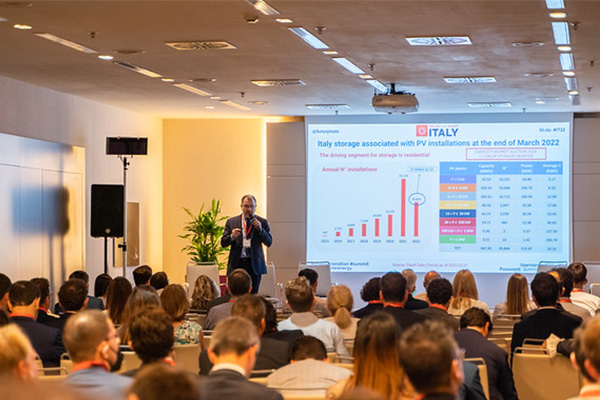 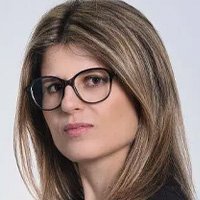 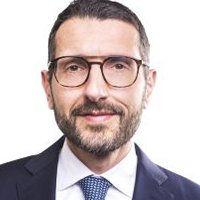 Gianluca joined NextEnergy Capital in early 2008 and he is currently responsible of the international development platform of the NextEnergy Group (Starlight). Previously he headed NextPower II, a private equity fund which was successfully exited at the end of 2021 after having invested €232 million in operating solar PV assets in Italy. Gianluca has almost 15 years of experience in the renewable energy sector, spread across different areas, from the development to the financing, construction and then technical, administrative, financial, accounting and fiscal management of solar PV assets in various jurisdictions. Previously, he worked in the investment banking industry for 6 years, across different financial institutions (Calyon, Mediobanca, Dresdner Kleinwort and lastly Morgan Stanley) and countries (Italy and UK), gaining an extensive expertise in the energy and infrastructure sector, having worked on several landmark M&A and capital market transactions closed both in Italy and abroad. 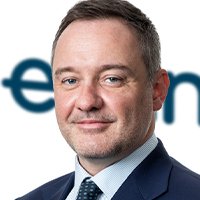 As General Manager Italy, Alessandro has overall responsibility for origination and completion of Italy pipeline. He has over 14 years of management experience in the renewable energy sector and a track record of over 1GW of projects developed, financed and interconnected in Europe, Asia, Middle East, Australia and Africa.Prior to joining Enfinity, from 2015 to 2018, he worked as an independent advisor for various clients among which Gildemeister Energy Solutions GMBH, overseeing the legal, strategic, financial and commercial facets of implementing cutting-edge renewable energy solutions throughout the world. In addition, he led the greenfield development of a portfolio of over 200MW of solar PV in Italy.From 2013 to 2015 Alessandro worked as General Manager Europe for SunEdison when he developed the brand to become a recognized market leader with more than 500 MW interconnected only in the UK, where his achievements in public relations and lobbying were instrumental in the adoption of significant industry regulations.From 2008 to 2013, he was EMEA Legal Counsel for SunEdison, where he managed strategic and financial advisory assignments and carried out a range of M&A transactions involving valuation, due diligence and contract negotiation.Prior to joining SunEdison, from 2007 to 2008, he worked as Director of the Legal Department at Conergy in Italy. His in-depth knowledge of industry regulations and success in building partner relationships served to drive innovative Greenfield projects in the renewable energy market in Italy.Alessandro used to work a qualified lawyer in Italy and holds a Law Degree from the University of Milan. 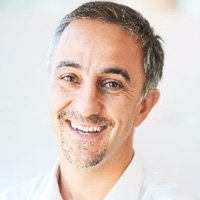 Roberto is the Head of Business Development & Sustainability at ENGIE Italia. He started his career as Environmental Engineer in the italian gas energy sector, first at Edison in 2000 and then in Enel in 2002 successfully modeling and optimizing the gas portfolio and supporting long term gas supply negotiations. He joined the Engie Group within the former local JV AceaElectrabel in 2007 where he was responsible for Gas Supply and Portfolio Optimization. Since 2011 he successfully contributed to the consolidation of Engie in Italy, leading Global Energy Management Italian Origination business for power, gas and environmental attributes as from 2015. He has overseen, structured and negotiated innovative contracts in third party asset management, long term virtual power plant, energy management solutions, green power. In the recent years he has taken up the challenge of the business development and sustainability, leading the negotiations and the structuring of innovative solutions on upstream and downstream PPAs, paving the way for biomethane, green gas, green hydrogen projects and leading transversally the green power European business in the global energy management. 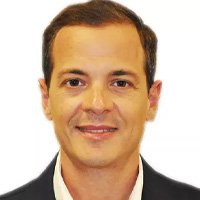 Raffaele is part of the Equity Investment Team and is responsible for the Italian market. Prior to joining Glennmont Partners, Raffaele was Head of Business Development and Alternative Investments at ACEA SpA and sat as a board member in several joint-ventures / controlled companies. Starting from scratch, he realized the renewable energy platform, completing the 2019-2022 industrial plan two years ahead of schedule, and managed the investment structuring and the sale of a majority stake of the holding company that owned the solar portfolio. Before ACEA, Raffaele was part of the Investment Team of EF Solare Italia. Raffaele holds two degrees, respectively in Economics and Political Science, a MBA from IE Business School (Spain) with an exchange at SDA Bocconi (Italy) in Finance and Investments. Lastly, he holds the Certificate in Finance at London Business School (UK). 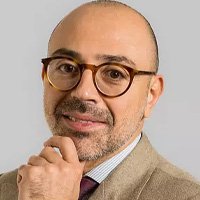 Giovanni Mascari is a finance professional with deep international expertise in debt and equity investments in the energy and infrastructure space and more than 11 years of structured finance experience. Giovanni was formerly Head of Valuation at Quercus Investment Partners, one of the largest funds specialized in utility-scale renewable energy infrastructure investments, and member of the investment team with responsibility on evaluating and executing M&A transactions. He also served as chairman of the investment committee of an ESCo, majority owned by a family office. From 2007 to 2012, Giovanni worked for Cambridge Place Investment Management, a $9bn London and Boston-based structured credit specialist, as director within the Credit and Trading team with strong experience in the origination and analysis of UK and Southern European transactions and particular focus on distressed assets, both in securitised and whole-loans form. Giovanni graduated with honours in Finance from Bocconi University in 2002.

Download this post-show report to review the event in numbers, testimonials and visual impressions and more!

The Italian Solar Belt Initiative Under the New Energy Decree

Watch the recordings of our recent webinar with Italia Solare's president, Paolo Rocco Viscontini, to learn about the impact of the revised decree.

Built on the site of a Vatican-owned convent, the NH Collection Roma Vittorio Veneto is a sleek modern structure that sits right in the heart of Rome.