The Role of Hybrid Renewables in the Battle Against Intermittency

Over the past decade, the number of renewable energy (RE) installations around the world has more than doubled, mainly led by new solar and wind installations. Despite this growth, RE development is still facing significant challenges when scaling up. Since renewable energy sources (RES) - like solar and wind- depend on the environment and the elements, their energy production fluctuates throughout the day. This intermittency problem has long been the main barrier preventing the wide-spread adoption of renewables. Nevertheless, there are some solutions for the problem of intermittency. According to Philipp Kunze - Head of Global Hybrids Team at Baywa r.e., one of the solutions is Hybrid Renewable Power Plants (HRPPs).

General description
HRPPs can be described as more than one RE generation technology per site. Most of the current HRPPs running consist of solar-plus-wind systems. The ever-decreasing costs for renewables, coupled with the ever-increasing grid-related issues have made co-locating different renewable technologies on a single site an attractive business venture. HRPPs can help to smoothen out intermittency problems as a result of the complementary effects of these technologies. During the day, sunlight is abundant, while winds tend to pick up during the night. However, the success of HRPPs depends on the type and location of the plant. 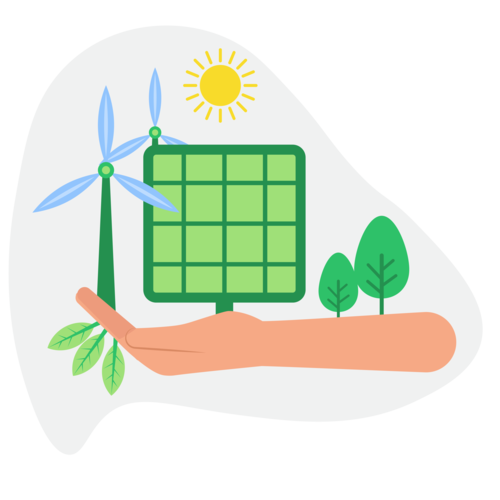 Off-grid systems are more suitable for remote communities without access to the main electricity grid. Combining different generation technologies with batteries in an off-grid site creates an optimal microgrid scenario which is reliable, robust and autonomous. Island systems, for instance, are an ideal example of an off-grid HRPP. Most islands are dependent on fossil-fuel and imports for their energy consumption. Self-consumption hybrid systems are a solution towards not only a greener, but also a self-sustaining hybrid microgrid.

There are different ways to approach storage technologies, and more generally RE generation. Traditionally (and in some cases still present), the objective was to maximise megawatt per hour (MWh) generation of a RE power plant. Kunze argues that in an increasingly competitive environment without subsidies, market players should, however, look at how to maximise the value of RE power generation while still increasing the share of renewables. 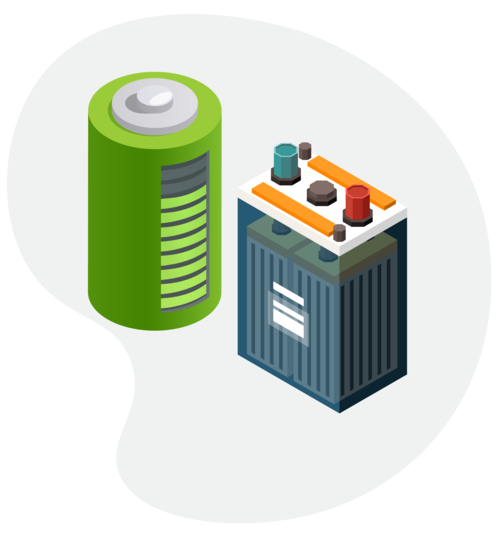 It should be noted that simply increasing RE power generation capacity is not the ‘silver bullet’. If RE supply exceeds demand at any point, the excess electricity has to then be curtailed or “wasted”, a phenomenon which is becoming more widespread across the RE sector. Here is where storage technologies fit in.

Before making a decision on the right strategy and how to maximize the value of the RE plant, market players should take energy market prices, market trends and the needs of the overall grid into account. Hence, an analysis towards optimization will become much more complex, and even more so, since storage can play multiple roles here; for example to shift renewable energy usage to another time of the day or the year, to stabilise the grid or to avoid or delay the requirement to expand the grid.

Despite being a relatively new concept, HRPPs are starting to pop up all over the world. German renewables developer BayWa r.e. is currently working on a remarkable HRRP. The company worked with the owners of a 24 MW wind park that was already connected to the grid with the proposition to build a complimentary solar PV plant adjacent to the park to form a HRPP.

In that particular region, a PV plant by itself would have not been feasible due to the low tender prices and expensive grid connection costs. However, once Baywa r.e. decided to couple the PV plant with the 24 MW wind park on the same grid connection, the HRPP became realistic and thus was able secure a tariff in last year’s auctions. Currently, BayWa r.e. is completing the installation of the 10 MW solar PV plant, effectively implementing a solar+wind hybrid system. Kunze states that curtailment will be negligible as both plants will use the same grid-connection and are able to complement each other.

When asked about the possibilities to scale up, Kunze says that he sees that HRPPs still have quite some room and potential to grow. Having said that, Kunze further adds that a wider adoption of storage technologies could certainly be complementary to HRPPs, especially for large-scale projects. Costs for these types of technologies are still a major issue, but has been getting better during the last couple of years.

Generally speaking, the requirements for HRPPs to scale up faster are: (a) a clear regulatory framework, (b) more operating experience, particularly about parallel generation of wind and PV at the same location in a much more granular way than most organizations record it today and (c) investors and banks embracing the HRPP opportunities and applying the same low target IRRs to which they have come to be satisfied with for wind and PV as stand-alone technologies.

HRPPs can be described in different ways by different organizations. According to Kunze, there is no solid data source available on the topic yet. Baywa r.e. estimates that by the end of 2019 there were approx. 750 – 1,500 MW wind and PV HRPPs mainly in Australia, India, South East Asia and some plants in Europe and the US. The reason for this wide range is that from the publicly available information it is not entirely clear whether or not all these power plants are operational or still under development. It is worth highlighting that HRPPs are still in the very early stages of adoption, which is reflected by the amount of installed HRPP capacity.

Despite that, the potential for combining solar and wind power generation technologies keeps growing as installation costs keep plummeting for both technologies, all the while batteries become bigger and more affordable. The rate of adoption will be different depending on the specific region. While India has already been issuing large-scale HRPP tenders, plans for large HRPPs have only recently been announced in Australia. There are also multiple HRPPs currently under development in different European countries, like Germany, Spain, the Netherlands and the UK. This goes to show that HRPP are on the rise and are now starting to catch on. 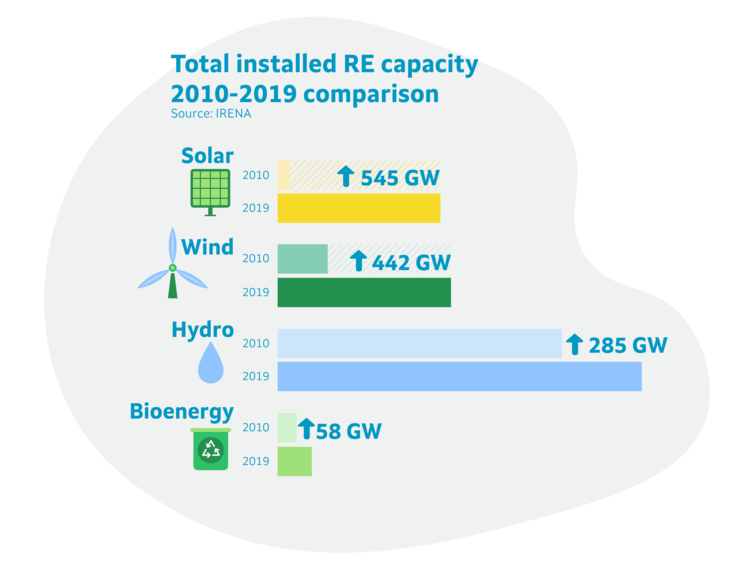 It is interesting to see the journey that RE has been on. From being an expensive, unreliable intermittent form of power generation, to being a secure, stable and robust method of producing clean energy around the clock. For the longest time, intermittency has been the number one enemy of renewables. HRPPs have now laid the blueprint to eliminate this threat. This blueprint has also shown that RES should be seen as complementary to each other instead of rivals. Now more than ever, it is up to the renewable energy sector to work together to achieve a greater share in the global power generation mix.

Don't miss out on the latest updates of our Hybrid Renewables Conference! We invite you to visit our website for more information on the October 8th, 2020 virtual event.