Solar in the Bigger Picture 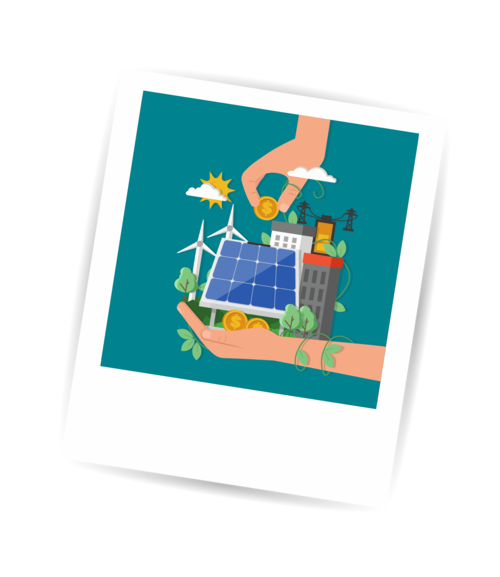 Renewable energy now accounts for a third of the global power capacity. According to the International Renewable Energy Agency (IRENA), around 20% of that capacity can be attributed to solar. From the creation of the first silicon monocrystalline cell in 1941, to being able to compete with conventional energy sources in the wholesale energy spot market, the solar industry has gone through massive transformations.

The key driver for the growth of solar over the years has been the rapid decline in costs. Between 2010 and 2018, the global weighted average levelized cost of electricity (LCOE) of solar photovoltaics (PV) declined by 77%, and it's still dropping. Auction prices have also decreased greatly, falling from 241 USD/MWh in 2010 to 16.9 USD/MWh in 2019. As a result, the global solar PV capacity has grown to almost 600 GW. Despite such growth, solar currently only accounts for around 6% of the total global power capacity.

So then, how can solar get to the next level? In order to answer this question, Solarplaza interviewed Jeremy Leggett, Founder and Board Director of Solarcentury, and Assaad Razzouk, Group CEO of Sindicatum Renewable Energy and the host of The Angry Clean Energy Guy Podcast, to get their perspective of what is needed for solar to break through to the other side and conquer an even larger share of the global power mix in the coming years.

How to scale solar?

Leggett believes that the adoption of solar energy on a wider scale will be inevitable due to the dire nature of the current climate crisis. However, there is no “ silver bullet” that will help solar scale up. It will be a combination of things, such as the ever-decreasing costs of solar modules, economies of scale for battery storage systems and the diversity in digitization technologies. 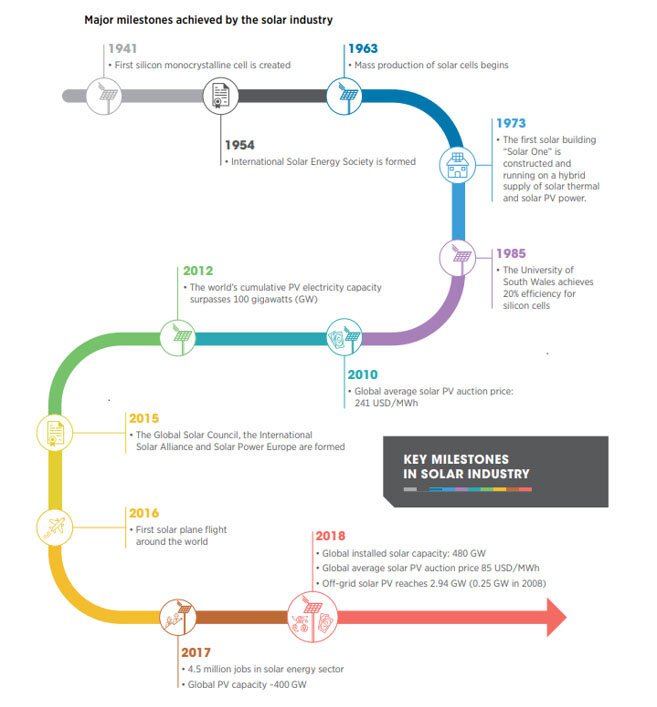 When asked about what solar is missing in order to play a larger role in the global solar landscape, Razzouk noted that the industry currently lacks a couple of things including scale and equity financing. At the moment, most solar companies finance their projects through DFIs or debt, which is not ideal for solar to scale up. Razzouk argues that the missing piece is equity financing, both private equity and via the stock market. According to him, the progress towards private equity is definitely going slower than needed - the industry is short $300 billion to realize true scalability.

Razzouk further states that the shortage of equity is also related to the stock market, which has been reluctant to embrace renewable investment opportunities. However, this puzzle could be solved if solar companies were able to go public (which is generally not the case today), allowing these players to raise the required capital to build infrastructure and mobilize projects. Despite this, Razzouk’s perspective is that both of the factors stifling the industry’s growth are interrelated, with scale being the main driver for equity financing.

What are the expectations for solar moving forward?

In Leggett’s view, he sees himself on the bullish end of the spectrum, along with Professor Christian Bryer and his colleagues at the Lappeenranta University of Technology (LUT). Professor Beyer states in the research he conducted together with the Energy Watch Group (EWG), “According to our 2050 scenario, solar will provide nearly 2 TWp of power generation in Europe, of which nearly 700 GW will be utility-scale and nearly 1.3 TW rooftop solar PV. This renewable power system would be backed by around 3.6 TWh of battery storage. In 2050, solar PV will  become the dominant source of energy and will account for a staggering 69% of the total electricity mix globally.” This is a very optimistic and uplifting scenario for Europe and the world as a whole, however, there are many roadblocks that need to be recognized before they can be eliminated.

The issue surrounding renewables and solar is not about potential- potential is high in all countries around the world. The issue is more about breaking down the barriers that are stopping the progression to a 100% global renewable energy mix. Razzouk further argues that most of the barriers are often unseen, obscure and require a daily battle. Leggett has similar views on these challenges and adds that it is up to private entities and public voters to make sure to elect the correct people to help against the fossil fuel fight. It will be the front-running corporations, communities, governments and pension funds, amongst others, who have the ability to help solar scale up from the current 6% of the global energy mix to the predicted 69%.

The only thing that could stop this from happening would be the incumbent fossil fuel corporations interfering in politics. “They are going to have to stop us by force now, not through economics. And that is my biggest fear of this rolling out. By stopping us by force, I mean the fossil fuel incumbent corporations being complicit in the election or take over of national governments by far right regimes, be they illiberal democracies or straight-up dictatorships. That's the only way they can survive now,” Leggett said.

Razzouk has also firmly criticized the fossil fuel incumbents by posing the question, “Why do people insist on building coal power plants when solar plants are clearly better and cheaper? Why do we keep spending money on fossil fuels when everybody knows that if we continue this way we are all going to fry?”

The answer to these questions is the disruption of the status quo. “Why change something if it's not broken?” has been the motto of fossil fuel incumbents for generations while using their capital, efforts and propaganda to prevent the public from thinking otherwise. But, it is about time that the human race faces the fact that the planet is indeed broken. From decade long droughts in Africa, to countries literally being set ablaze by the ever-decading climate (i.e. the Amazon fires in Brazil and the bushfires in Australia), the current climate crisis is putting immense pressure on all sectors, including energy and financial markets, to increase the speed at which the clean energy transition  needs to happen.

Nonetheless, people are waking up and are seeing that renewables, especially solar, are the only way forward in terms of energy production. If the world is able to come together and make the switch to 100% renewables by 2050 as Professor Beyer believes, then maybe as a collective we have a chance to put a halt to the climate crisis and bring new life to our planet. If you ask Jeremy Leggett, the resources are there. If you ask Assaad Razzouk, the equity is there. Scaling the deployment of solar will be just a matter of time and teamwork from all stakeholders, from ordinary voters to private multi-million dollar funds, to help bridge the gap between resources and private equity.

Want to learn more about how to help solar scale up? Join us at the Making Solar Bankable on February 6-7, 2020 in Amsterdam, a conference fully dedicated to pushing solar to scale.