On the 20th of October 2016, Solarplaza organized the webinar “Market Development Trends in the African solar PV Off-Grid Sector”, as a preparation for our upcoming event: The Solar Future of Nigeria in April,2017. The webinar featured a wide spectrum of experts who shared the most important current trends in Africa ranging from Itamar Orlandi, from Bloomberg New Energy finance, and Laura Sundblad, from GOGLA, to Eliza Hogen, from Lumeter; and also included Sam Slaughter, from PowerGen Renewable Energy, who gave insight into the possible future development of off-grid trends.The entire video recording of the webinar and the speakers’ slides can be freely accessed here.

Out of the roughly 1.2 billion people in the world who do not have access to electricity, half live in Asia and the other half in Africa. However, while the number of Asians with no access to electricity has halved over the last 15 years, in Africa things have been getting worse, with an additional 211 million people who have gone off-grid since 1990 (Figure 1). This means that closing Africa’s energy gap has become imperative. 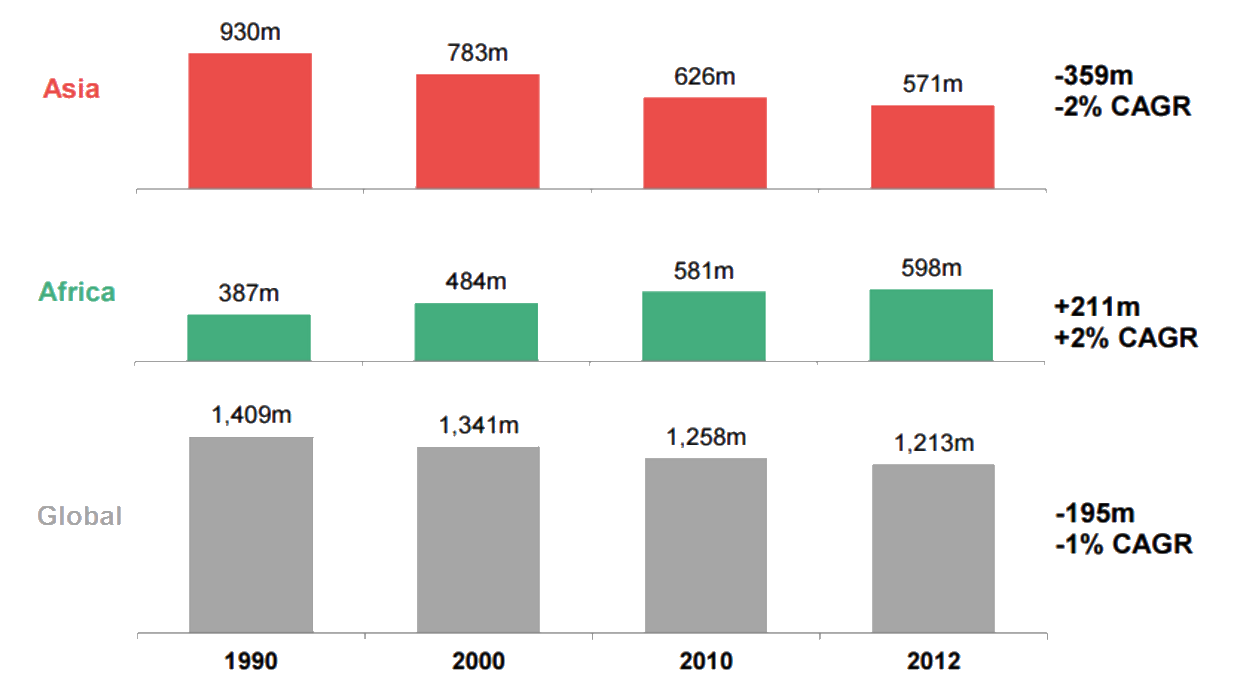 One of the most interesting take-away messages of the webinar, was that consumers are willing to pay premium tariffs for off-grid solar appliances despite the relatively low average household incomes in Africa. Itamar Orlandi, the head of applied research at Bloomberg New Energy Finance, points out that non-renewable lighting devices such as torches and candles have remained to be less costly light sources than their solar counterparts, yet consumers are willing to pay up to $6.5/month for solar appliances as they deliver better quality and more reliable light than their non-solar energy source alternatives (Figure 2). 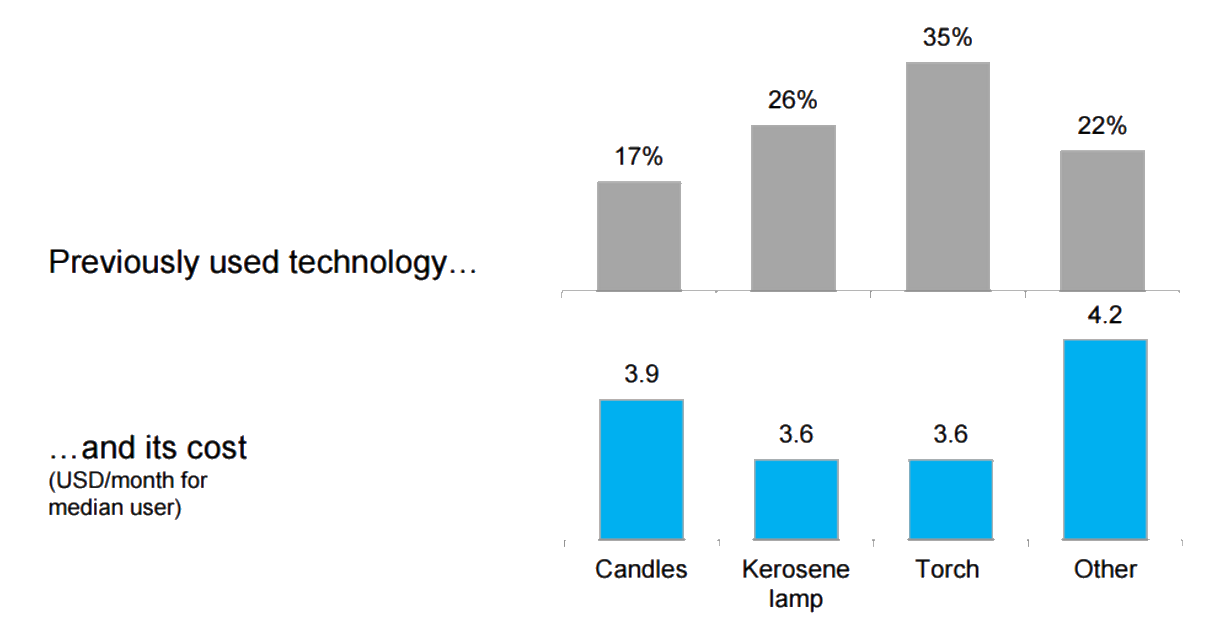 Figure 2. The prevalence of previously used energy sources and their corresponding prices in Rwanda.

Another key finding regarding off-grid solar trends in Africa, is that small and medium, stand-alone solar energy appliances tend to dominate the market in terms of both sales volume and revenues. In terms of volume sold, smaller products (0-10 Wp) are the most frequently sought products whereas in terms of revenues the medium product size category (3-10Wp) tends to be the most successful (Figure 3.) says Laura Sundblad, program adviser at GOGLA, an independent not-for-profit association supporting lighting initiatives in Africa. 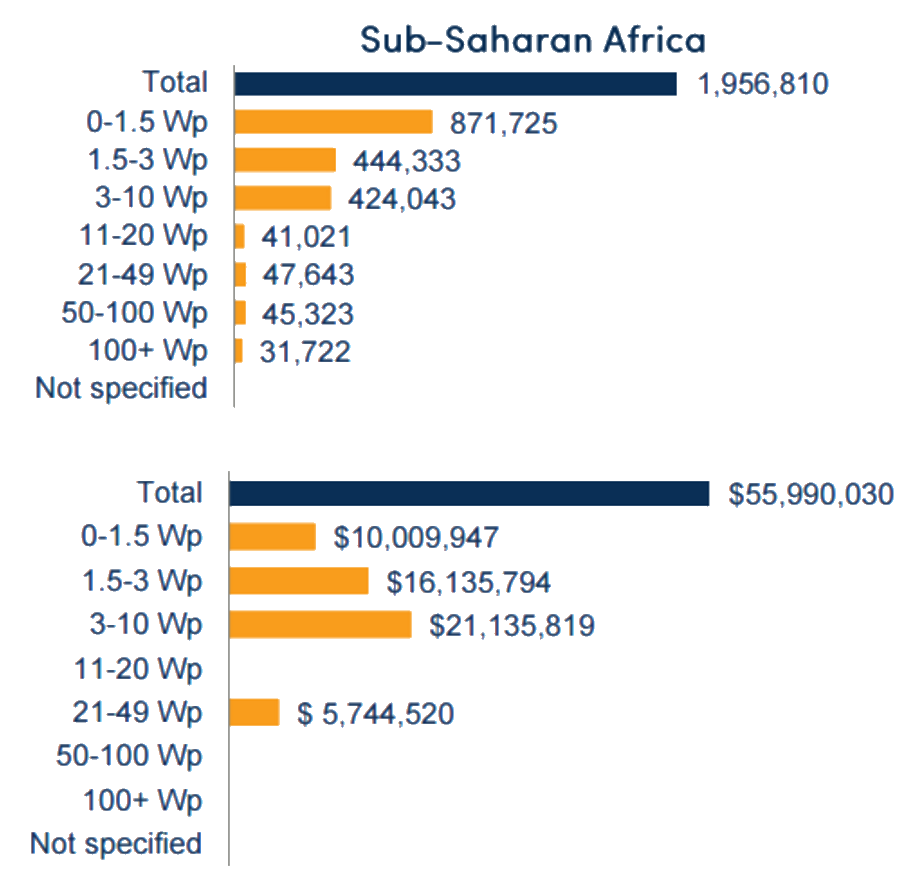 One of the most remunerative business models for solar stand-alone systems is the Pay-As-You-Go (PAYG) payment, where customers only pay for the actual electricity consumption. This model enables consumers to lease stand-alone products in return of periodical payments (Figure 4). While the model fits the needs of low income African households, it requires significant initial investments from providers’ side. As a result, the primary challenge for off-grid solar energy is the constant need for capital, identifies Eliza Hogen, CEO of Lumeter, a company that provides financing for off-grid products.

4. Off-grid and on-grid solutions need to converge to create a successful energy structure in Africa

Sam Slaughter, CEO of PowerGen Renewable highlights the need for convergence of global power system architecture. He envisions the future power grid as a mesh of distributed storage, generation, and consumption nodes rather than its current mono-directional version (Figure 5). He also emphasizes how Africa’s power system cannot take on existing grid architecture of the West or take on a completely new one that is unique to Africa and unknown to the rest of the world. Instead of pursuing such extremes, Africa’s power system has to combine on and off-grid solutions to be successful. 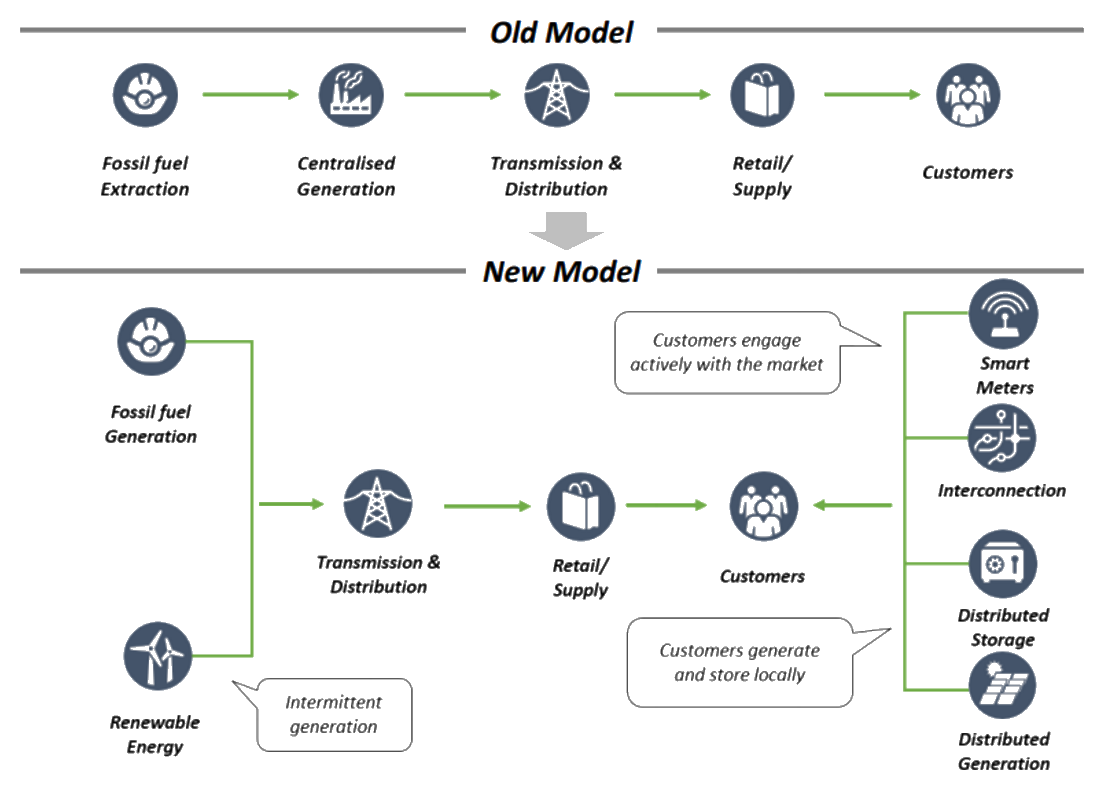 Finally, Slaughter points out the importance of realizing that the real issue to be addressed is providing energy access for those that lack it, instead of analysing the problem in terms of “on-grid vs off-grid”. If the efforts of both on-grid and off-grid power supply solutions could be aligned, both parties could benefit from each others’ know-how and infrastructure. As an example, grid supply could benefit from the pre-pay and smart metering technologies which are widely adopted among off-grid solutions and off-grid solutions could use the long-term project financing experience of their grid counterparts (Figure 6).